When writing my stories and sharing adventures I like to keep it real. If you’ve read previous posts of mine and you’ve seen the pics I’ve shared, I have not always looked my cutest. It’s not that I don’t wanna look cute, I’m a woman, it’s just that it’s hard to look cute when your outfit is covered in dead bugs and you’re rocking the helmet hair. As I’ve added years my appearance has changed and it’s something I’ve learned to love about myself. Every line on my face tells a story, those stretch marks are a testament to the body that carried my children, and the extra pounds – well maybe I don’t love them quite as much, but I’m not loosing any sleep over it. I’m comfortable in my skin & it is my sincere desire that every woman feel that same level of comfort. 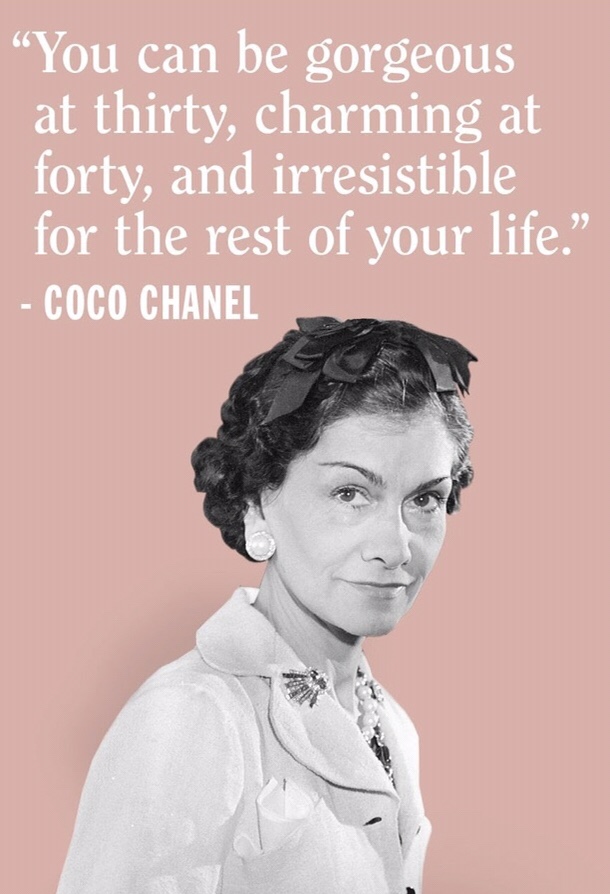 Society is kinda obsessed with appearances & women’s bodies are used as marketing tools all the time. Women are more than just eye candy. Us gals have plenty to offer the motorcycle community besides swimsuit pics. I’m not hating on the bike models, if ya got it, flaunt it (within reason ladies, lol). There once existed a time I flaunted it a little at the hubster’s request. 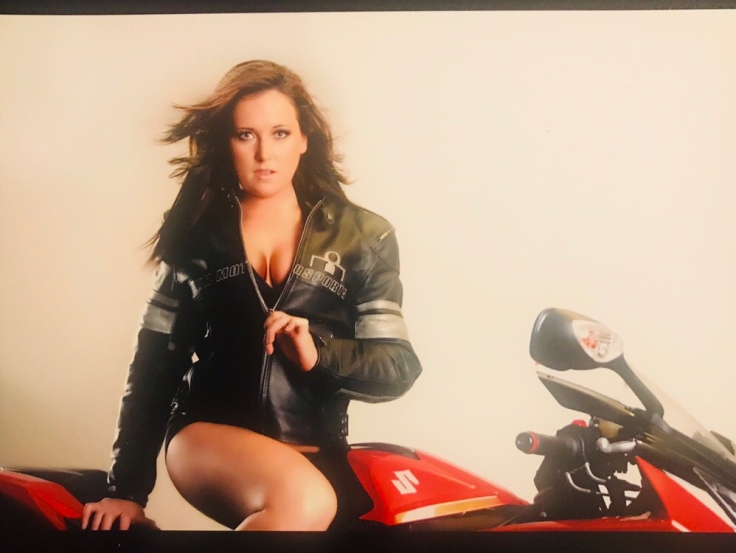 That girl was a little younger, a little lighter, and a little new to motorcycling. The woman today appreciates so much more about the art of motorcycling and has come to love this hobby for many other reasons besides just looking cute while going fast. Side note, the girl of my youth appreciated equality among the sexes as much as the woman today. Like that saying goes, “What’s good for the goose is good for the gander.” It’s nice to have a talented photog friend that helped in subjecting the gander (hubster) to a request of my own. 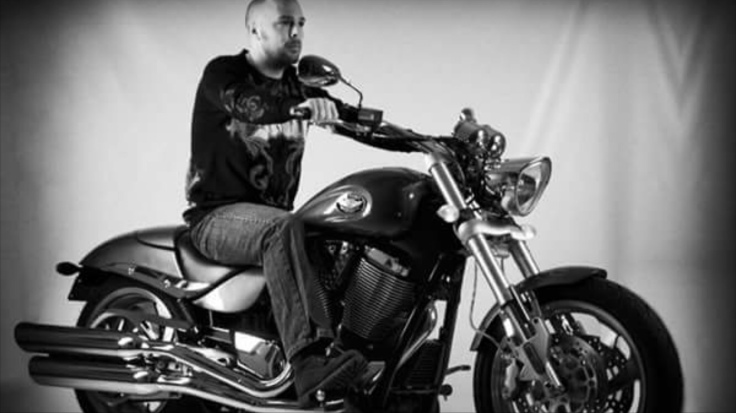 I miss that Victory Hammer! It was a beautiful muscle cruiser. On it’s own that Bike was eye candy. The Victory had a solid V-twin & showcased a beautiful example of an American muscle cruiser. I don’t miss it in the corners however. With a wide back tire that looked so good, turning that bad boy was like wrestling a pig 🐷. The hubster sure was pretty sitting on it though! Another example of some motorcycle eye candy was a previous bike I owned. The younger me rode a Suzuki GSXR 600. She was named Black Betty but I now refer to her as the Pink demon.

She got me in so much trouble! I lost my license for a year due to that bike. I wasn’t even trying to speed. I was only in 4th gear and I was pulled over for doing 107 in a 55mph zone. It was hot outside, I saw the exit for home, and with a twist of the wrist my fate was sealed. The officer that pulled me over was ticked b/c I guess he’d been chasing some other sport bikes that day. Other cops stopped to survey the scene, not sure why except that they were curious about the pink flames, it’s not like little ole me posed a threat. I remember the ticketing officer smiling while holding up his radar gun like a trophy buck he’d just taken down as the other officers looked and laughed. The officers were nice but I wasn’t laughing. I asked the cop why he tagged me with the radar if he’d been after the other (faster) bikes and his response was, “Honestly, because that pink helmet was an easy target for my radar.” I purchased a black helmet the very next week.

“Life in the fast lane, surely make you loose your mind…” -Don Henley

Flash and pizazz are certainly fun. Looking cute while going fast is fun, but I enjoy the freedoms of a law abiding lifestyle so I’ve slowed it down just a bit. I’ve also passed on any ideas about being a motorcycle model, other gals can have that, I only hope the other gals actually start the bike up and take it for a spin because it’s super fun and what better way to familiarize oneself with what you’re selling. There are so many great riders who are women & I have been blessed to call them friends. In my early years of riding it was a female who mentored and encouraged me as my skills as a rider developed. I must admit that receiving constructive feedback from a fellow woman was much easier on my pride than from the hubster and other dudes. It wasn’t just my pride but other issues like female riding postures, gear, etc. Although minor, some of the differences between what works best for a dude vs. a chick was best discussed with another chick. The hubster means well but my tiny hands need a more delicate riding glove, unlike his Grape Ape man hands. A few things before I end, I caution against going 107 in a 55mph zone, that’s what a track is for. As for the pink helmet, it did serve the purpose of being highly visible, which is a good thing in traffic. Finally, in compliance with Equal Opportunity directives (geese, ganders, and such) guys – you all have the potential to look cute with your ride as well, but please fellas keep it clean 😂! Cue Sammy Hagar 🎶…I can’t drive 55…🎶